Forced Heirship in Louisiana: What You Need to Know

Generally speaking, your heirs are those who are eligible to inherit from you. Most of the time, these are the individuals you name in your Will or who inherit from you if you die without a Will.

In Louisiana, in addition to regular heirs, we have forced heirs: heirs who generally cannot be disinherited. Forced heirship, which has its origins in colonial French & Spanish rule, is unique to Louisiana; it does not exist in other U.S. states.
A forced heir in Louisiana is any child of the decedent, or deceased, who is 23 years old or younger and any child of the deceased – of any age – who, “because of mental incapacity or physical infirmity, [is] permanently incapable of taking care of their persons or administering their estates at the time of the death of the decedent” (Louisiana Civil Code, Article 1493).
Forced heirs are entitled to a portion of your estate, or a portion of all your assets at the time of your death. Specifically, if there is one forced heir, that individual is entitled to ¼ of the decedent’s estate. If there are two forced heirs, they are each entitled to ¼ of the decedent’s estate, meaning that ½ of the entire estate goes to the forced heirs.
The part of the decedent’s estate that goes to forced heirs is called the forced portion of the estate. The reminder of the estate is called the disposable portion (Louisiana Civil Code, Article 1493).
For example, my Will states that 100% of my estate is to go to my best friend, Tom, when I die. Yet, I have an adult child who is disabled and qualifies as a forced heir. Although I have not included my adult child in my Will, because he qualifies as a forced heir, he will receive 1/4th, or 25%, of my estate (the forced portion). The remaining 75% of my estate (the disposable portion) is divided up according to my Will. My Will states that I wish to give everything to Tom, yet, in reality, Tom will really only receive 75% of my assets.
Forced heirship can be complicated. To learn more about how to account for potential forced heirs in your estate plan, give us a call at (318) 869-0055. 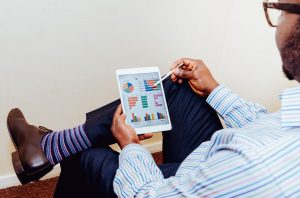